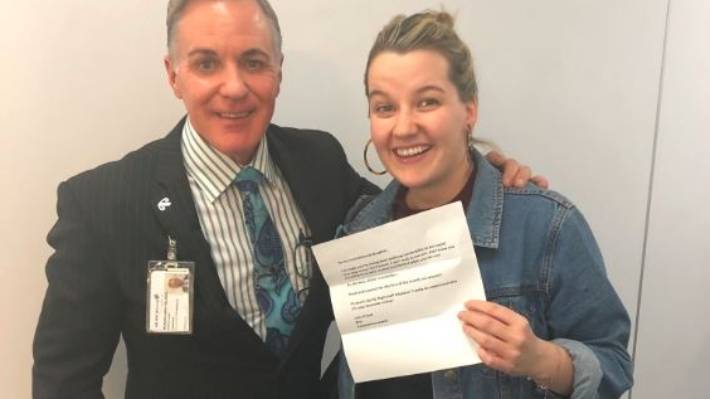 Bridie Connell, an actor and writer living in Sydney, said in a social media post that she and her dad have been locked in a battle of “pinch and punch for the first day of the month” for 15 years.

There are no restrictions on how the message must be delivered, once she was called to her school principal’s office at age 14, she expected to be told off. Instead she found her equally “competitive/stubborn” father ready and waiting to deliver his pinch and punch.

“My principal was very confused; apparently dad had set up the appointment to talk about my grades,” she said.

One month, she arranged for a troupe of musicians to serenade him. On another he beat her to the punch on live radio. “I’ve got a tour guide to say the magic words in the middle of a holiday tour. He’s used my friends against me. It’s happened in a live poetry reading. It’s happened at a funeral. It ruins New Year’s Eve.”

When a crew member approached her on board on May 1st and asked “Are you Bridie?”, she thought she was in for another upgrade – she’d just been moved to premium economy.

The crew member said she had a “special delivery” for her, handed her a letter and reminded her that phones had to be in flight mode so she couldn’t call her dad.