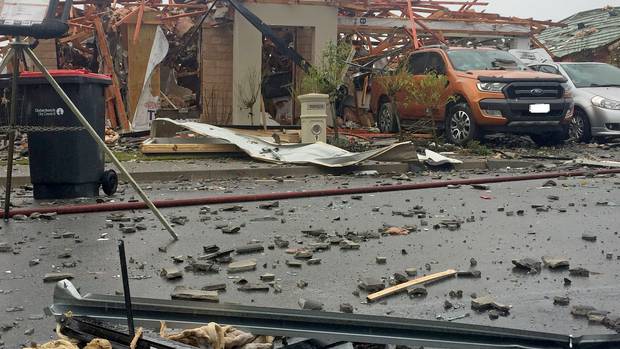 Chaotic scenes in Christchurch on Friday. It’s believed that residents of a Northwood home were having trouble with their gas fire, causing a gas explosion with a blast so big it registered as a magnitude 2 earthquake.

The blast occurred at 10:14am Friday morning, destroyiong the house and flinging debris everywhere. Emergency services said it “was lucky no one was killed”.

This morning, one person was in a critical condition and three people were in a stable condition in Christchurch Hospital. Another patient had been taken to Middlemore Hospital, where there is a serious burns unit, and another had been discharged.

The property where the explosion happened is flattened and fire officials say six other properties have suffered major damage. Police and Fire investigations are ongoing.