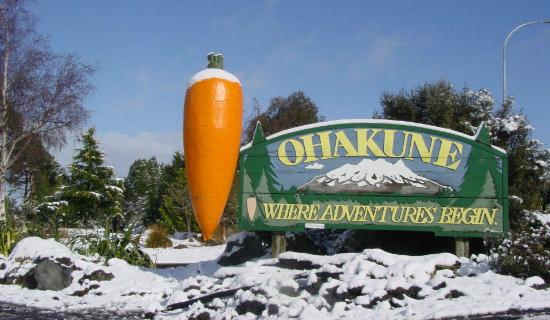 The New Zealand Geographic board has mistakenly assumed that every place name starting with an ‘O’ requires a macron, a mistake the board realised once local iwi Ngāti Rangi had been notified.

And therein lies the problem, had the NZ Geographic Board consulted Ngāti Rangi beforehand, they would have been informed on the history behind the naming of Ohakune.

Iwi chairman Che Wilson said said the board had assumed “hakune” was a person and “O” translated to “of”, however, Ngāti Rangi history for the area reveals the name came from the phrase “e oha, ka oha, he Ohakune ki te ao”.

In that context, “Oha” means to enter into, or acknowledge a transition through, which reflected the movement from the alpine area of the mountains to the swamp area below, he said. “The NZGB based the macron over the ‘O’ on a different meaning to Ngāti Rangi’s – their story does not include a macron over the ‘O’.”

Wilson said the iwi felt like it should have been “on the radar” of the board because the area had more than 100 place names up for discussion as part of the treaty settlement.