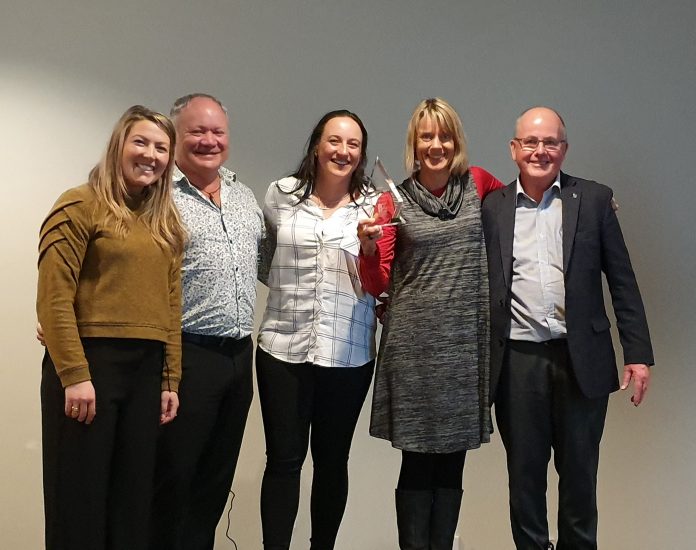 Visit Ruapehu has won the Supreme Award at the Regional Tourism NZ Awards for their collaborative approach to tourism in the Manawatu-Whanganui Region.

Ruapehu Mayor Don Cameron said the Supreme Award was much deserved recognition for a lot of hard work by Visit Ruapehu General Manager Jo Kennedy and her team as well as the her predecessor Claire McKnight.

“Thanks also needs to go to Ruapehu elected members and ratepayers for their funding support of Visit Ruapehu and Council staff notably Chief Executive Clive Manley and Economic Development Manager Warren Furner for their invaluable contribution,” said Mayor Cameron. “While the Supreme Award reflects the significant results achieved by Visit Ruapehu over the previous year getting to this point has been a much longer journey that started with the release of the Manawatu-Whanganui Growth Study in 2015 that identified tourism as a major regional opportunity. “Ruapehu’s comparative advantages in tourism and visitor services saw us appointed as the lead agency for unlocking regional tourism opportunities as part of a Manawatu-Whanganui growth programme called Accelerate25.

Visit Ruapehu was charged with establishing a Tourism Project Group to identify opportunities where they could partner with the Ministry of Business, Innovation and Employment (MBIE) and NZ Trade and Enterprise. From this earliest point four years ago it was recognised that if we were to unlock the tourism opportunities before us and respond to the pressures from the sector’s growth it was critical for all stakeholders to work together for the benefit of everyone.

The importance of having a cooperative strategy and everyone working together cannot be overstated. This has been key to Ruapehu gaining millions in government funding toward key infrastructure projects and the development of new attractions such as the Sky Waka gondola at Whakapapa on Mt Ruapehu. Council and Visit Ruapehu are committed to maintaining the momentum and the positive impact our visitor economy is having on the growth of jobs, incomes and investment and opportunities in Ruapehu and the Region.

Key to this is the need to continue our work on building meaningful partnerships and ensuring that tourism growth is productive, sustainable and inclusive and is contributing toward improving the well-being of all New Zealanders,” he said.