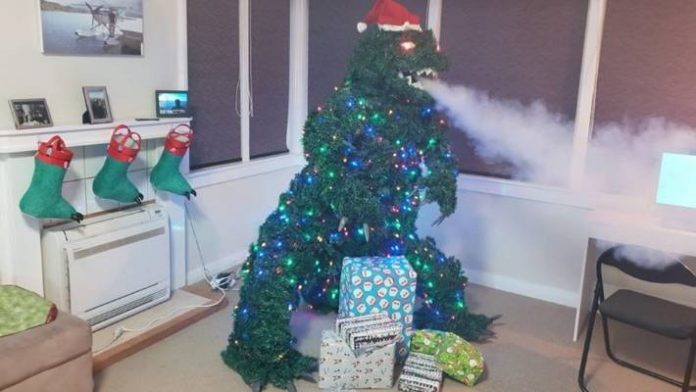 ‘Tree-zilla’, is a result of an annual, friendly competition between Steven and his neighbour where unique, festive decorations take centre stage.

In 2017, Newland put together a pac-man themed tree. 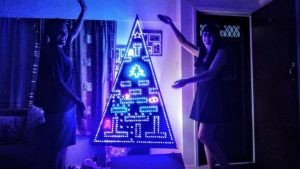 Treezilla was created for Christmas 2018.

It was made from four large Christmas trees, chicken wire, a smoke machine and LED lights. Newland didn’t want to say how much the Tree-zilla cost to build but he hoped he would be able to recoup some of the costs to go towards his next creation.

Any extra money will be donated to CanTeen, Newland said.