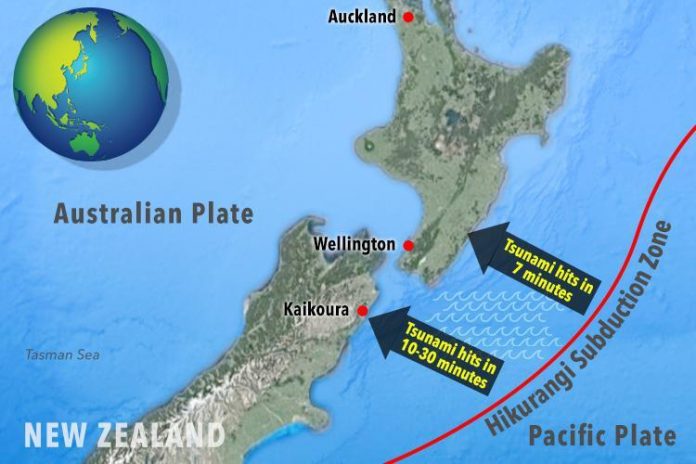 It’s New Zealand’s most active fault-line which could cause a major tsunami or earthquake at any given time, and Whanganui could be right in the firing line.

To know for sure, there’s going to a public lecture held tonight (26/11/19) at the Davis Lecture Theatre in Whanganui. The talk will be from two GNS scientists involved in research on the Hikurangi fault-line – Dr Laura Wallace and Dr Kate Clark.

Scientists researching the fault-line in a $6 million, five-year Endeavour Fund project have found it has ruptured in large earthquakes at least 10 times in the last 7500 years. Its full length may have ruptured about 840 years ago, causing an earthquake of at least 8.5 magnitude.

The fault’s movement can also be gradual, in slow slip events.

What is certain is that the plates’ movement will continue. An earthquake as big as the disastrous magnitude 9 quake and tsunami that hit Japan in 2011 is possible in the region.

The quake could be long and strong, and cause landslides and liquefaction, as well as a tsunami for both coasts of the lower North Island.