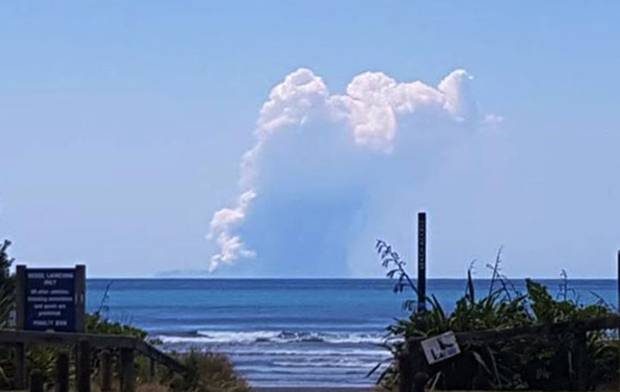 A rescue operation is under way after an eruption on Whakaari/White Island.

There are fears for people who were on the island at the time of the eruption, with images from the White Island Crater Rim camera appearing to show people at 2.10pm.

The explosions happened shortly after that.

St John told Newstalk ZB they have reports of up to 20 people injured after the island in Bay of Plenty erupted, sending massive plumes of steam and debris into the air. St John cannot confirm the nature or extent of the injuries. Rescue helicopters are on the way.

Other rescue helicopters have not been dispatched at this stage.

Sherburn said they were currently investigating the eruption.

The Volcanic Alert Level remained at level 4 (danger on volcanic cone and all island, possibility of very large eruption).