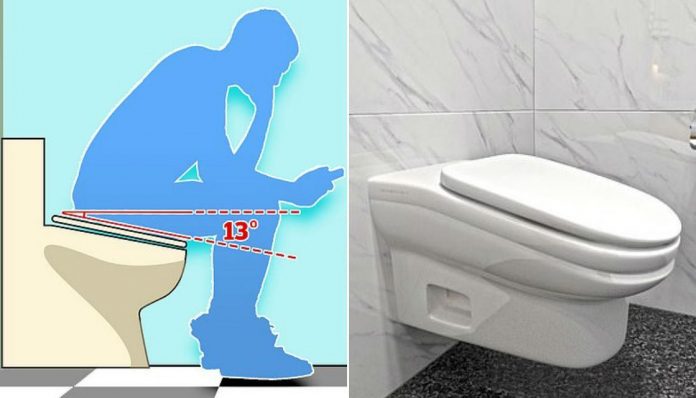 A new toilet with an “inconvenient” seat design has been developed by a company in the United Kingdom and claims to make it difficult to spend too long sitting on the loo.

The StandardToilet has a 13 degree-sloped seat to increase strain on the legs that feels similar to a squat, and it encourages people to want to get up after five minutes, the brand’s website says.

Developer Mahabir Gill from the Staffordshire-based company said their toilets can be an asset to a business.

“It is estimated that in the United Kingdom alone, extended employee breaks costs industry and commerce £4 billion ($7.9 billion) per annum,” he said.

According to StandardToilet’s website, toilet breaks in workplaces have become a time for “private texting and social media” use.

The 13 degree slope is “not too inconvenient” for sitting on, but Gill said you’d soon want to get up as anything steeper “would cause wider problems”.

However, co-author of the Around the Toilet project Charlotte Jones said toilet breaks are important for employees.

“Viewing time spent in the toilet as a threat is the wrong way of looking at the issue entirely,” she told Wired.

“I think the importance of the toilet as a refuge during the workday says more about inadequate workspaces, heavy workloads and unsupportive management, than it does about the workers themselves.”

The StandardToilet website claims there’s been interest from local councils and motorway service stations for the toilet.