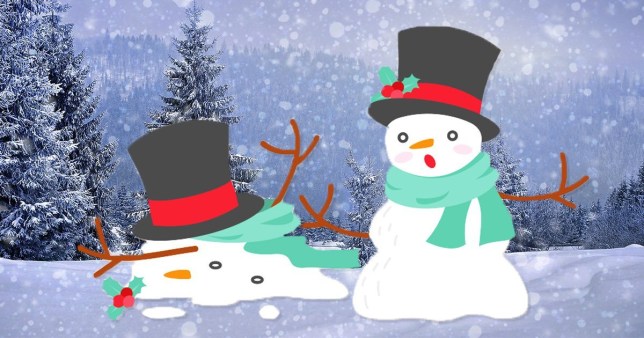 Sourced from The Mirror UK

And now a new word has entered the lexicon: snowmanning, a term coined by online dating site eHarmony.

The term is used to describe a holiday romance that basically “melts” into nothing once the festive season is done and dusted.

“Christmas is a time for celebration and presents a great opportunity to socialise and find someone special,” explained Rachael Lloyd, a relationship expert for the site.

“However, once the drinks stop flowing and decorations come down, sometimes that initial burst of chemistry wears off.

According to the dating site, an estimated 53 per cent of those who take part in a festive flirtation will become victims of snowmmaning in the next fortnight.

It’s a term thought to have taken inspiration from the 1982 animated film The Snowman.

In the movie, a little boy creates a snowman who magically comes to life, and the pair travel together to the North Pole to find Father Christmas.

However, after a day of adventures, the sun comes out and melts the snowman and all the little boy is left with are precious memories of good times shared.

Singles are also being warned of other new dating trends expected to hit come 2020: “Fleabagging” and “Cause-Playing”.

According to Yahoo, “Fleabagging” – inspired by the lead character in the TV show Fleabag – is a term that describes the act of constantly dating unsuitable people.

Data from dating site Plenty More Fish shows 63 per cent of women have admitted to this compared with just 38 per cent of men.

Another dating term singles should get to know is “Cause-Playing”. However, it is understood this trend is more likely to affect singles dating in their 40s.

“Cause-Playing” is a term used to describe those who get back in touch with an ex to ask a favour.

“Cause-players” may ask for you to support them in some way, either by attending an event they are hosting or by donating money to a charity they support.