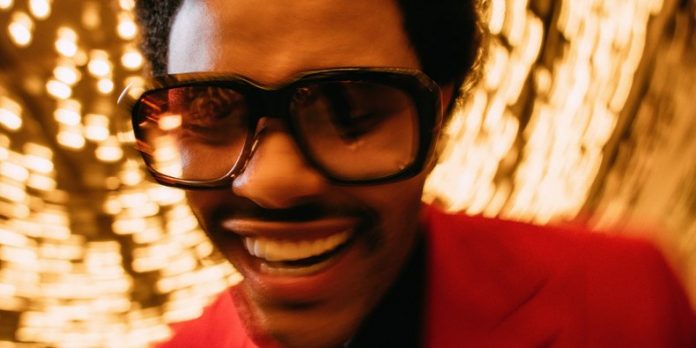 The Weeknd chases some extreme highs and ends up with a bloody face in the new video for his single, “Blinding Lights.”

Directed by Anton Tammi, the clip stars the Weeknd as a lounge lizard-like fellow who bears a passing resemblance to jazz legend Herbie Hancock, circa 1978’s Sunlight. (“You’re not wrong,” the singer tweeted after a fan pointed out the similarity with his afro, glasses and mustache. “Must have been subconscious.”)

The video opens with the Weeknd laughing as blood drips down his face, then jumps back in time to show the mayhem that led to this gruesome end — the pop star speeding around a deserted city, dancing gleefully in the streets, sauntering up to a lounge singer (played by Miki Hamano) and eventually getting into a fight with a pair of bouncers.

“Blinding Lights,” originally teased in a Mercedes-Benz commercial, is one of two tracks the singer released in late November, along with the RS chart-topping “Heartless.” He paired the latter track with a hallucinogenic video and performed both singles during a two-night stand on The Late Show With Stephen Colbert.