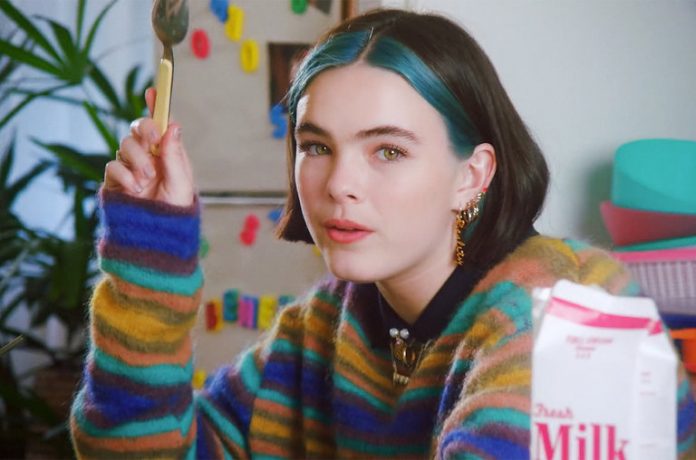 In the dreamy visual, the New Zealand-born singer depicts a quirky, knowing ode to, well, the art of loneliness. “I know I f–ked up/ I’m just a loser/ Shouldn’t be with ya/ Guess I’m a quitter/ While you’re out there drinkin’/ I’m just here thinkin’/ ‘Bout where I should’ve been/ I been lonely, mmm, ahh, yeah,” she intones on the track’s bright chorus before declaring, “I’m a lonely b–ch!”

Bedroom pop singer Gus Dapperton, who’s featured on the catchy track, also makes an appearance in the video. “Supalonely” is featured on Benee’s 2019 sophomore EP, Stella and Steve, along with lead single “Find an Island” and the Jack Berry-assisted “Drifting.”

Benee will also be heading out on a North American headlining tour this spring, which kicks off April 21 at the Constellation Room in Santa Ana, Calif. and wraps May 8 at Boston’s Brighton Music Hall before hopping across the pond for multiple festival dates in the U.K., including The Great Escape 2020 and Lafayette.

Check out Benee’s “Supalonely” video below.