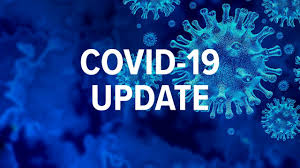 There are two new cases of Covid-19 in New Zealand.

The cases are related to the border as a result of recent travel from the United Kingdom, the Ministry of Health confirmed in a statement.

The cases are connected.

It is thought the two new cases were given special exemption to attend a funeral in New Zealand, TVNZ reports.

Director-general of health Dr Ashley Bloomfield will provide further details about the cases at a media stand up at 3pm.

You can watch Bloomfield live on nzherald.co.nz.

CHRIS SKELTON/STUFF
The Ministry of Health on Tuesday confirmed two new cases linked to travel, with both recently arriving from the UK.

Prime Minister Jacinda Ardern warned again yesterday that there would be more Covid cases in the future, but hopefully they would only be at the border.

“I don’t want New Zealanders to believe that the battle is over when it is not,” she said yesterday.

Ardern has previously said she would not rule out the possibility of moving back up alert levels.

Every traveller who arrives into New Zealand on a flight which departs from another country must go into one of two facilities for an isolation period of 14 days.

Since June 8, all travellers who arrived in the country were tested for Covid-19 at their respective facilities.

“Specific facilities are being used for a small number of travellers who are unwell when arriving in New Zealand. These people are in quarantine and are unable to leave their room,” the ministry website says.

“Separate facilities are being used for travellers who are well. While in these facilities, they are able to go for a walk within the confines of the facility, but will need to limit contact with others.

“Travellers at these facilities may not leave the facility grounds for any reason unless they have express approval from health officials and are accompanied by health officials.”

At the end of their two-week isolation period, travellers are able to leave the facility and travel to their final destination, given they have a suitable travel plan in place.

Before leaving, however, a final health check is carried out to make sure the traveller does not have a temperature above 38C, has not tested positive for Covid-19 or is a probable case, does not have Covid-19 symptoms and has a suitable travel plan.

The first 40 days of quarantining and isolating all people arriving from overseas amid the virus pandemic cost almost $50 million.

With 7755 people being housed and monitored in hotel rooms over that period, from April 10 to May 19, the average cost is about $6200 per person.

According to Ministry of Health data, 12 of them have tested positive for Covid-19 during that period. All but one had arrived from Australia, while the other person had flown in from the USA.

Anyone who thinks they have Covid-19 should call Healthline on 0800 358 5453 or talk to your doctor – calling ahead to let them know you are coming.

Symptoms of the virus are similar to those experienced with the cold or influenza: coughing, high temperature, sore throat, sneezing and runny nose, temporary loss of smell, and shortness of breath.

People with underlying health conditions are most at risk of Covid-19 becoming a severe illness.

There is no specific treatment for the virus, with most people able to get better at home in isolation. More severe cases may need to be treated in hospital.

A total of 22 people have died as a result of Covid-19 in New Zealand.

The number of cases of Covid has passed eight million across the globe, with 436,000 deaths. The United States alone has had 2.1 million cases and 116,000 deaths.

Yesterday marked a total of 24 days since there was a new confirmed case in the country. Photo / Alex Burton

Yesterday marked 24 days since the last confirmed case and also the end of the Marist College cluster in Auckland which infected 96 people.

The Ministry of Health’s elimination day was also yesterday – 28 days with no cases since the last community transmission case came out of isolation.

That case, a Ministry for Primary Industries worker who tested positive during targeting testing at the border, went into isolation on April 30 and came out on May 18.

The two new cases means the total number of confirmed cases in New Zealand has reached 1156, the combined total of confirmed and probable cases is now 1506.

The number of recovered cases is 1482 and no one in the country is receiving hospital-level care for Covid-19, the ministry said.

A total of 824 tests for the virus were completed on Sunday, taking the total number of completed tests to 311,121.

A cluster is only considered closed after there have been no new cases for 28 days from the date of when all cases have completed isolation.

A teacher at the Mt Albert, Auckland, Catholic girls’ school was the first person in the cluster to test positive to Covid-19.

All of New Zealand’s cases until that point had been linked to overseas travel but the teacher had not been overseas or in contact with anyone who recently returned home.

New data revealed the flu has been reduced to historically low levels in New Zealand, thanks in large to the response to our pandemic response.