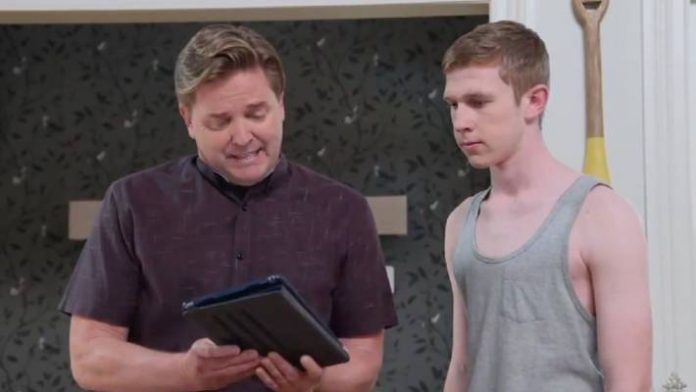 The votes are in and New Zealand has chosen its favourite TV moments.

Kiwis were asked to choose their favourite moment from the NZ On Screen’s 60 Television Moments 1960–2020 Collection.

The collection features some of the earliest broadcasts on New Zealand television, right through to advertisements and news stories.

The clear winner, according to the public vote, was the iconic Goodnight Kiwi – a staple on New Zealand television from 1981 to 1994 when the animated Kiwi bid goodnight to viewers at the close of broadcasting every night, before settling into the satellite dish with The Cat.

Animals, animated or not, were popular among voters – the “bugger” dog from the popular Toyota Hilux advertisement taking second place in the list.

Advertisements seem to have struck a chord with voters, with three of the top five placements being ads.

In the days before 24-hour television, there was Goodnight Kiwi, a short animation from Sam Harvey that bade viewers goodnight once the day’s broadcasting ended.

Each night the plucky Kiwi shut up shop at the TV station, put out the milk, and caught the lift up to sleep in a satellite dish with The Cat.

For a generation of kids, Goodnight Kiwi became a much-loved symbol of staying up well past your bedtime. Viewers never questioned why our nocturnal national icon was going to bed at night, or sharing a bed with a cat.

The tune is an arrangement of Māori lullaby Hine e Hine.

A series of farming mishaps each provoke the laconic comment — “bugger”. That was the formula behind one of New Zealand’s most iconic advertisements.

Made by Saatchi and Saatchi to follow up the beloved Barry Crump/Lloyd Scott Toyota ads, and directed by Tony Williams, it attracted 120 complaints to the Advertising Standards Authority (which ruled that “bugger” was unlikely to cause serious offence).

The shock value of that word, the role of Hercules the dog, and the performance of the hapless farmer (in the tradition of Fred Dagg and Footrot), made for Kiwi pop culture magic.

Home improvement retailer Mitre 10 drew upon the natural banter between kids, a Kiwi love of DIY and a fail-safe dig at the Aussies to make this hugely popular TV commercial.

Benjamin Counsell, Reuben Powell and Phoenix Flack were the 4-year-old stars of the playground shoot.

Flack had the difficult role of Aussie DIY sceptic Jonesy, whose legendary line “you’re dreaming” was inspired by 1997 Australian comedy film The Castle.

The commercial was produced by advertising agency FCB and in 2009 won Fair Go’s coveted Best Ad gong in its annual award show.

Eschewing the usual shock and horror tactics, the Clemenger BBDO campaign for the NZ Transport Agency was targeted at young male Māori drivers, and used humour to get the message across that it was choice to stop a mate from driving drunk.

Directed by Steve Ayson, it won a prestigious D&AD Yellow Pencil award in 2012.

Having made a comeback after heart surgery in 1990, legendary entertainer Billy T James passed away in August 1991.

Four years later that anniversary was commemorated with Billy T James – A Celebration. Hosted by Pio Terei, the special highlights some of Billy’s best moments of both comedy gold, and his vast talents as musician.

The party’s August 24 launch went awry when Dotcom fled from reporters keen to follow up a remark made during his speech (he hinted he could hack Prime Minister John Key’s credit rating).

This classic ad was made on a shoestring budget: milk bottle silver caps stood in for soldier’s dog tags and a Wellington quarry apes a Korean War-zone of the evergreen MASH TV series (from the naming of “O’Reilly” at the top of the mail call through to the 1953 country and western tearjerker used in the soundtrack, sung by Jacqui Fitzgerald and adapted by Murray Grindlay).

The anachronism of cassette tapes in Korea proved a charming twist on the traditional “Dear John” letter; and the ad was later voted Best Australasian commercial of the 80s.

8.”Not Your Penis” – Shortland Street

Shortland Street has long had its finger on the pulse of popular culture, but a line uttered in 2017 by core character Chris Warner (Michael Galvin) to his son Harry (Reid Walker) entered global consciousness.

The line deftly addresses a serious issue — the trend of sexting among young people — with dad-style humour. Within hours it went viral.

The scene made global headlines, but got its biggest tribute via high-profile American show Jimmy Kimmel Live!, with host Jimmy Kimmel and surprise guest Alec Baldwin (as Chris Warner) recreating the awkward Kiwi cliffhanger to an audience of millions.

These clips offer up a selection of Kiwi news bloopers.

Then presenter Hilary Barry laughs at inappropriate moments on The Paul Henry Show: she starts an extended battle with the giggles while mentioning All Black Waisake Naholo’s broken leg (2015).

In 2016 she succumbs to laughter over an emergency defecation situation.

It was the food safety advice that echoed around the globe.

The late-night footage of an Auckland policeman interrogating a suspected car thief on this long-running crime-fighting series seemed routine, until conversation shifted to the purchase of a pie at a local service station.

The officer’s deadpanned response came straight out of left field — and went viral (interestingly, only after a repeat screening of the show was posted online).

The full 60 Television Moments 1960 – 2020 Collection is available to view, free and uninterrupted, on the NZ On Screen website.