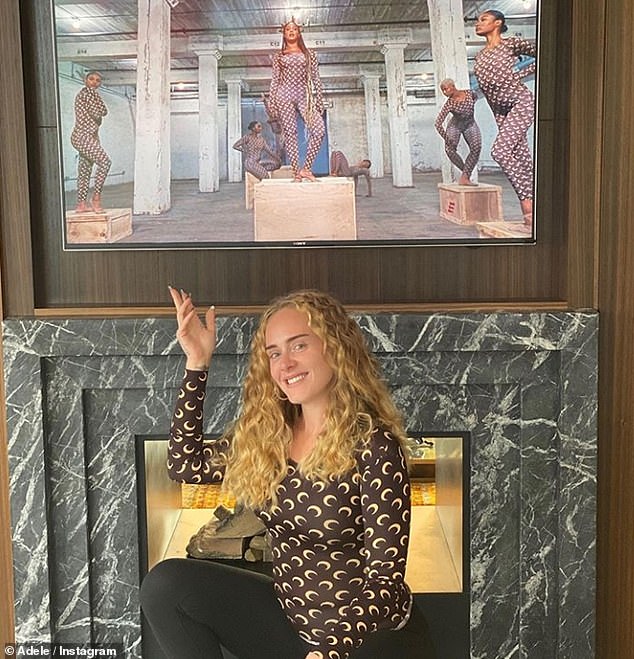 Adele has shared a new photo of herself on Instagram, showing off her impressive figure and praising one of her famous friends.

The 32-year-old singer posted the photo in support of Beyonce, who has just released her new visual album Black Is King.

“Thank you Queen for always making us all feel so loved through your art,” the caption read.

The Hello singer first debuted her fit new figure in October when she appeared at Drake’s birthday party. In this photo, the singer shows off her long curly blonde hair as she watches Beyonce’s visual album.

Fans in the comments noted that they barely recognised her.

One said: “Took me 2 whole minutes to realise this is adele [sic],”.

“I couldn’t find Adele in this picture,” another person wrote.

“Omg who is this person?”, another said.

“This doesn’t even look like her. But she’s still gorgeous,” a fan wrote.

Others praised the singer’s hairstyle, a new take for Adele who usually wears her hair straight.

“I would never in 100 years imagined Adele with long curly hair!!”

In June, Adele shared a photo of herself dancing to highlights from her 2016 Glastonbury set, wearing a white t-shirt and sweatpants.

According to Page Six, Adele has lost 45kg in four years.

While many have praised the Grammy-award winning artist for her weight loss, a source claims the attention she received has left her feeling uncomfortable.

The source told Heat magazine: “Adele is finding the attention very embarrassing. She admits she may now look the best she ever has, she still gets incredibly self-conscious about her appearance.”

Adele fans are also gearing up for new music from the star. During a surprise appearance at a friend’s wedding in February, the singer said: “Expect my album in September!”

Let’s hope Adele sticks to her plan in light of the Covid-19 pandemic.