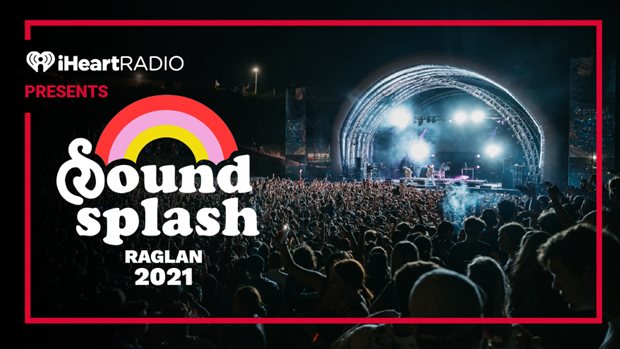 Raglan’s renowned Soundsplash Festival will celebrate its 20th birthday in style in January 2021, when it returns with a legendary line-up.

Tickets for Soundsplash 2021 go on sale at 7.00pm, Wednesday July 29 from https://ticketspace.nz

More acts will be announced in the coming months.

Due to circumstances around COVID in 2020, it is yet to be confirmed if the festival will return to Timaru for 2021.

The team behind Soundsplash is excited to celebrate two decades of Aotearoa’s much-loved festival, which strives to create a unique environment bringing together live music, art and culture. The aim of the zero-waste event is to embrace, inspire and influence people of all ages, backgrounds and genders and alongside the talent-packed line-up, will be performance art, workshops and speakers.

“We are looking forward to celebrating 20 years since the first Soundsplash. We enjoy delivering an event that represents live music, arts and culture, whilst creating awareness and appreciation of socially, conscious sustainable ideas and practices,” says the festival’s director, Naomi Tuao.

With its picturesque location, just 500 metres from the beach and a short drive from the Raglan township and some of the world’s most famous surfing spots, Soundsplash is without question one of New Zealand’s most popular summer festivals.

Held across three days, and just as many stages, the community-minded festival will also continue its commitment to its Zero Waste policy. There will also be lots of healthy food options and camping with hot showers.