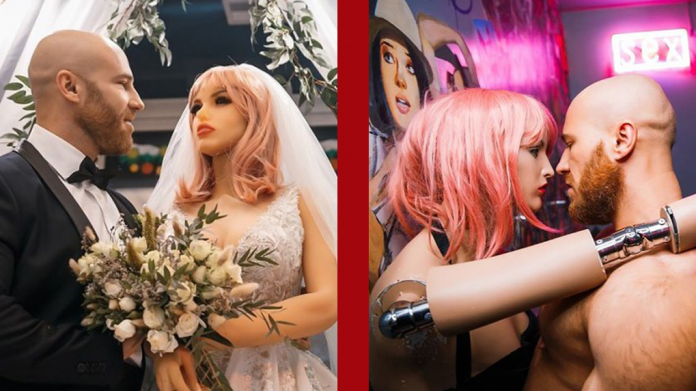 This one is something else…

We’ve all got our own kinks, but Kazakhstani Bodybuilder Yuri Tolochko has taken his to the next level

After being in a relationship for the past 18 months, the bodybuilder has finally tied the knot marrying his lover, Margo – Who also happens to be a synthetic SEX DOLL

And just to prove we’re not making this up, here’s the video from their Wedding Day

Yuri and Margo had dated for eight months before he proposed a year ago. He even went as far as paying for her to get Plastic Surgery after she became “self-conscious” about her appearance

We have no clue how to round this article off… We’ll go with Congratulations?

(Hopefully, Margo doesn’t get to deflated in the relationship)