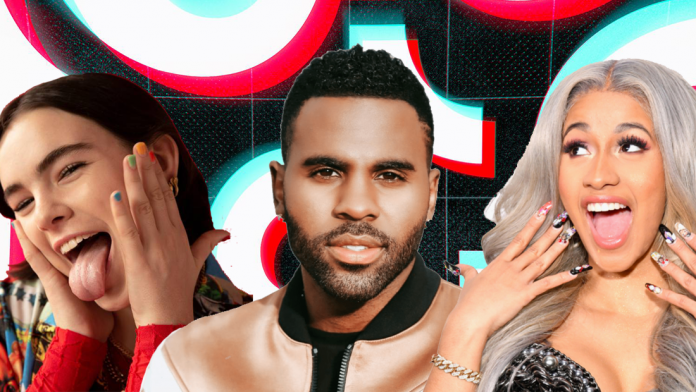 From Savage Love and Glitter, right through to a bit of WAP TikTok has skyrocketed songs and provided bangers to get us through what has been a bit of an odd year

@courtneyhallcoffmDancing to 10k followers so my kids will think I’m cool. 😂 The things you do for 5th graders. #teacher♬ What You Know Bout Love – Pop Smoke

5. “Say So” – Doja Cat – A feel good tune that made Doja Cat that made one of the favorites

3.“OUT WEST” (feat. Young Thug) – Travis Scott – Saying this on went “Viral” is an understatement

2. “Savage” Remix – Megan Thee Stallion – With the help from two queens: Beyoncé and @keke.janajah, Meg Thee Stallion absolutely killed it with this one

1. “Savage Love” (Laxed – Siren Beat) – Jawsh 685 & Jason Derulo –  Strait out of New Zealand, our very own Jawsh 686, teaming up with the one and only Jason Derulo bringing us the cross-continental chart-topper that is Savage Love

We don’t mean to brag, but how good does it feel to have a Kiwi at Number #1!