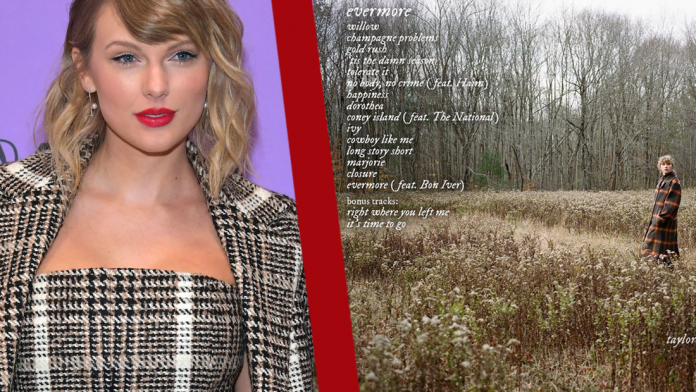 If you’re a fan of Taylor Swift then today’s your lucky day!

On Friday the pop star announced the arrival of a second complete album in five months, saying “we just couldn’t stop writing songs.”

Swift announced to her 141 million followers on Instagram that the album called Evermore would be released at 6 pm (NZT) on Friday! Along with a  music video for the album’s debut single ‘Willow’

Taylor described the 15-track album as a “sister record” to Folklore, which she produced entirely during the coronavirus lockdowns and released unexpectedly in July – Folklore, a change of style that showed an indie folk, ad triggered her receiving six Grammy nominations!

In the announcement post Swift wrote “To put it plainly, we just couldn’t stop writing songs,”

There you have it, set a memo on your phone for 6 pm tonight for when the debut single ‘Willow” drops form her newly announced album Evermore

No doubt, you’ll be hearing it on SKI!