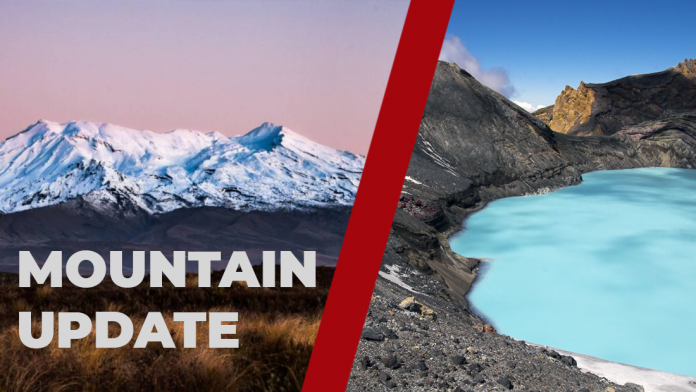 Mt Ruapehu is being closely monitored for signs of activity after the active volcano’s crater lake rose to 43C, resulting in an escalation of it’s alert level.

GeoNet volcanologist Michael Rosenberg said the signs, and increase to alert levels, were certainly “not an indication that an eruption was on its way.”

GeoNet says the temperature rise has been accompanied by “bursts of volcanic tremor and a marked increase in the amount of gas” that has prompted the government agency to increase the mountains volcanic alert from level one to two.

Rosenberg also cautioned that “While volcano alert level 2 is mostly associated with environmental hazards, eruptions can still occur with little or no warning,”

Note: Volcanic alert Level 2 is not a forecast of future volcanic activity. It’s a indication that the primary hazards of being nearby are steam discharge, volcanic gas, earthquakes, landslides and hydrothermal activity.

GeoNet monitors Mt Ruapehu via a network of seismic and acoustic sensors, GPS receivers, sensors in the lake and visits to the lake area and gas flights.