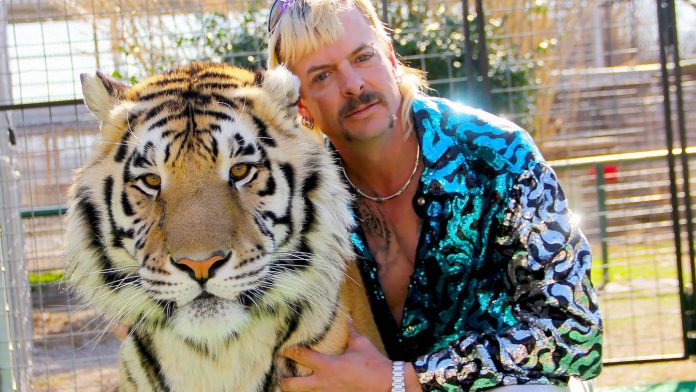 The civil complaint, filed in November, accused the Lowes of recurring inhumane treatment and improper handling of animals protected by the Endangered Species Act. The couple has received numerous citations for failing to properly care for the animals following three inspections of the Tiger King Park in Thackerville since December 2020.

On Thursday, the US Justice Department announced that they had confiscated the exotic animals as part of their case against owners Jeff and Lauren Lowe.

Officials have inspected the zoo three times since December 2020 and have issued multiple citations for failure to properly care for the animals.

Seven lions, 46 tigers, 15 lion-tiger hybrids, and one jaguar were recovered.

The Lowes are both accused of violating the Endangered Species Act and the Animal Welfare Act.

During government inspections, the Lowes were repeatedly cited “for failing to provide the animals with adequate or timely veterinary care, appropriate nutrition, and shelter that protects them from inclement weather and is of sufficient size to allow them to engage in normal behaviour”, according to a news release from the Justice Department. 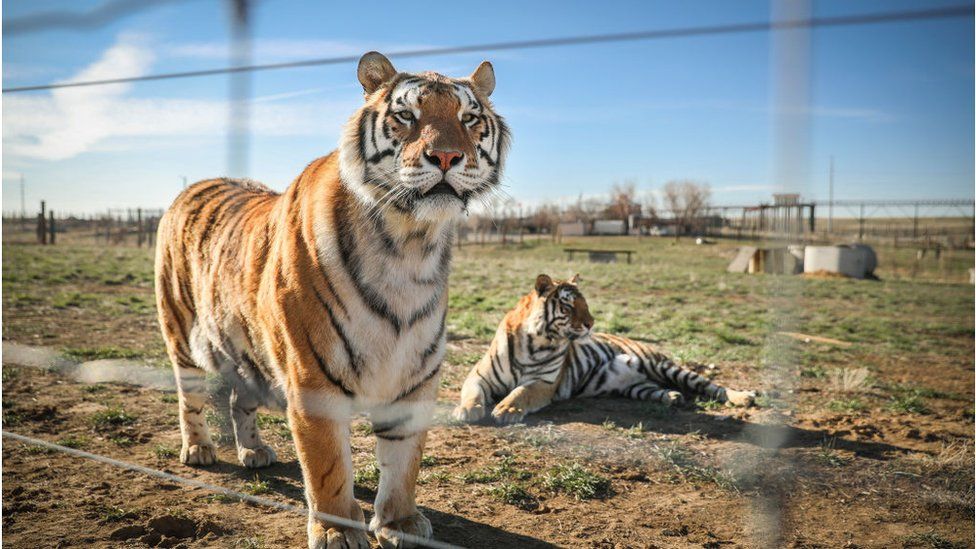 In a federal affidavit, officials say the Lowes harassed government workers during inspections, with Mrs Lowe at one point threatening to kill a wildlife official.

“The statement was especially intimidating because their former Tiger King business partner is serving a prison sentence for hiring a hit man to assassinate a business rival in another state,” the charging document states.

Mr Lowe is the former business partner of Joe Exotic, star of the hit show.

Exotic, real name Joseph Maldonado-Passage, is currently serving a 22-year sentence for his involvement in a contract killing plot and animal abuse.

We just hope the Big Cats are looked after ❤️