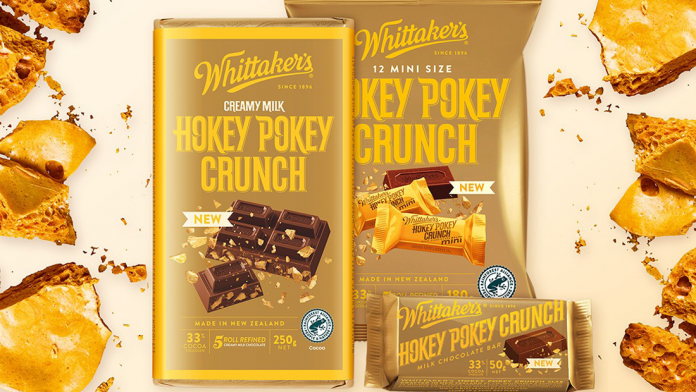 On Thursday Whittaker’s announced the release of a new flavour!

Whittaker’s have said this is NOT a limited edition and will be a part of its permanent range! (How good)

Hokey Pokey Crunch will be available in supermarkets nationwide from Monday, May 24.