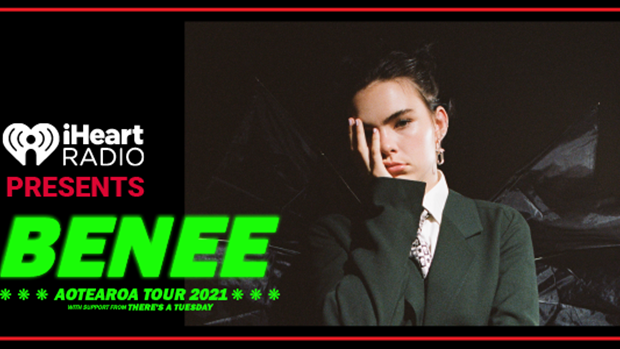 TICKETS ON SALE 12PM THURSDAY, MAY 27

Formidable indie-pop sensation and rising global superstar BENEE has today announced a nationwide regional tour for August. BENEE will visit every corner of the country, hitting eight different towns and cities throughout the month. The ‘Supalonely’ singer has had an incredible 18 months, from releasing her debut album ‘Hey U X’, to sharing the album with Kiwi crowds on a sold-out eight-date tour in late 2020 and being named on Forbes 30 under 30 Asia 2021 list. Worldwide streams in the billions have made her one of the most exciting new acts to have emerged anywhere.

We have 4 double passes to give away! Enter here for your chance to WIN!