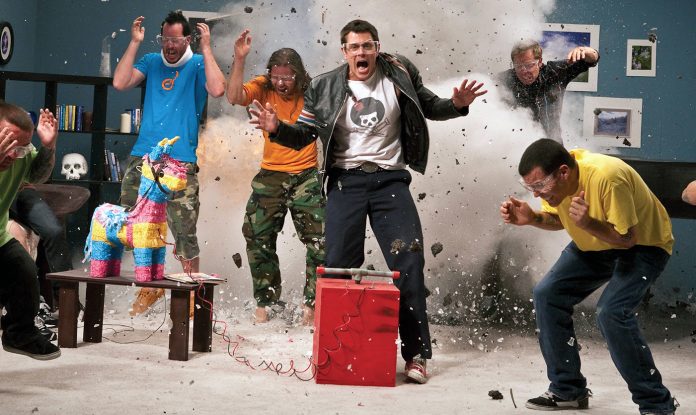 But this year will be the last for writer and actor, Johnny Knoxville. The 50-year-old told GQ: “You can only take so many chances before something irreversible happens.

“I feel like I’ve been extremely lucky to take the chances I’ve taken and still be walking around.”

There isn’t an official trailer out for Jackass 4 yet, but we’ll let you know as soon as one drops. Steve-O has also collected 15 gallons of his own urine to set a new world, which he reportedly plans on belly-flopping into – you can’t make this up!

Jackass 4 is set to release in cinemas from October 22nd. Every Jackass movie is currently on Netflix, if you fancy a recap before the new film.