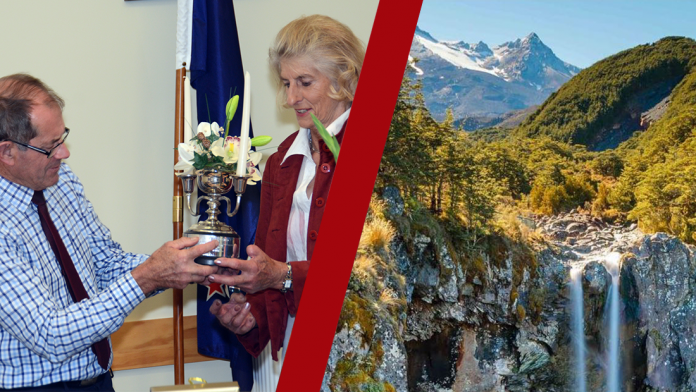 It’s that time of the year! Nominations are open for Ruapehu Citizen of the Year Awards

The Northern Ruapehu Award is decided by a committee comprising the Ohura Ward Councillor and Chairpersons of Taumarunui/Ohura Ward Committee and National Park Community Board.

2021 nominations
Nominations for both Awards open on 1 September 2021.

Criteria for Nominees
Voluntary, unpaid work – going above and beyond the call of duty consistently for no personal gain.
Significant contribution over an extended period of time – unselfish sacrifice of time and resources.
Work was for the benefit of the community – participation in a range of activities.
Nomination information
Unsuccessful nominees may be re-nominated in subsequent years.
Nominations made in previous years are not automatically carried forward and fresh nominations should be made.
A Queen’s Honour (for example, QSM) for the same activity as the person is nominated for, renders that person ineligible for a civic award.
Nominations for the Citizens Awards will be called for by public notice each year.
Nominations should be made by two individuals or organisations.
All details on the nomination form must be completed.
For further enquiries please either email the Mayor’s Executive Assistant, Tessa Owen or phone 07 895 8188 ext 256.