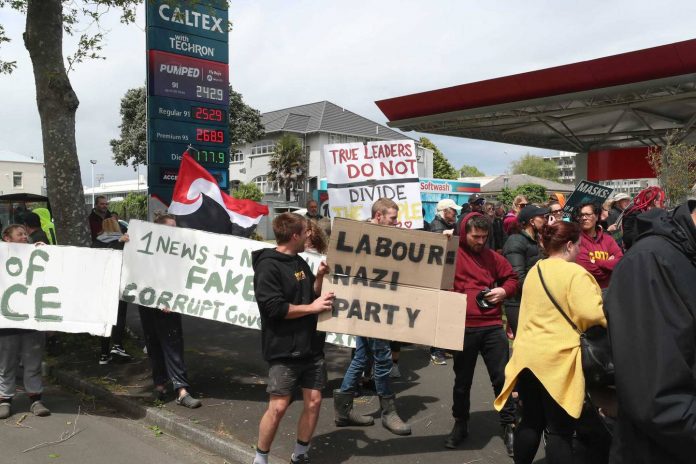 Jacinda Arden canceled two scheduled stops in Whanganui due to protesters. It comes a day after Arden stopped a media conference in Northland due to a protester.

It’s reported that 250+ Anti Labour protesters gathered outside Caltex, Victoria Avenue waiting for the Prime Minister to be there. 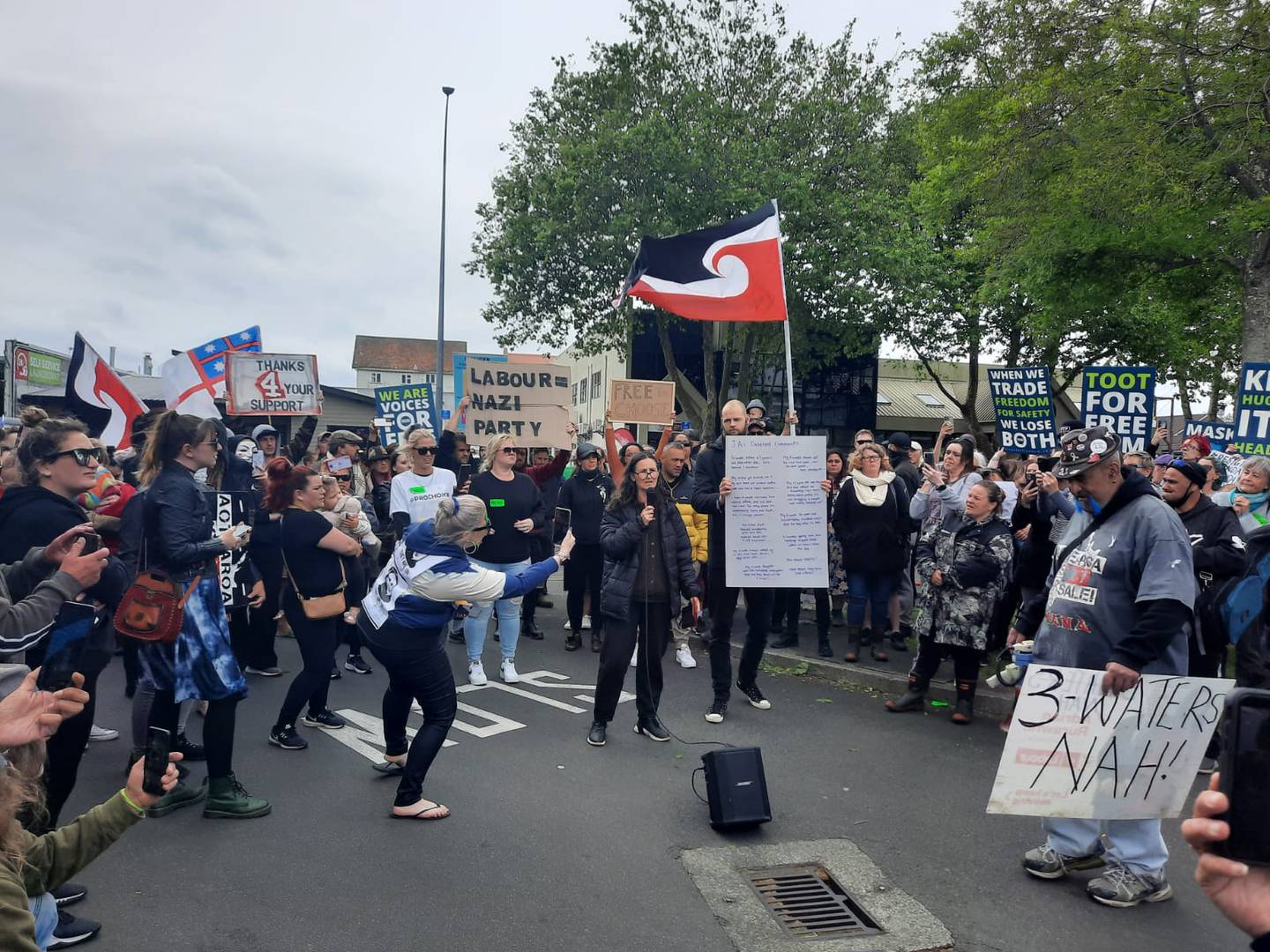 Ardern’s scheduled press conference was moved to another location on Wednesday afternoon. She said did not take the protests personally and she wasn’t surprised to see some resistance.

Footage of the gathering was posted to Facebook by those in attendance. A vast range of signs can be seen displayed by those who had gathered.

When asked why she did not attend her scheduled visit the prime minister responded saying “It becomes counterproductive if then people congregate in a way that stops people’s access to get vaccinated,”