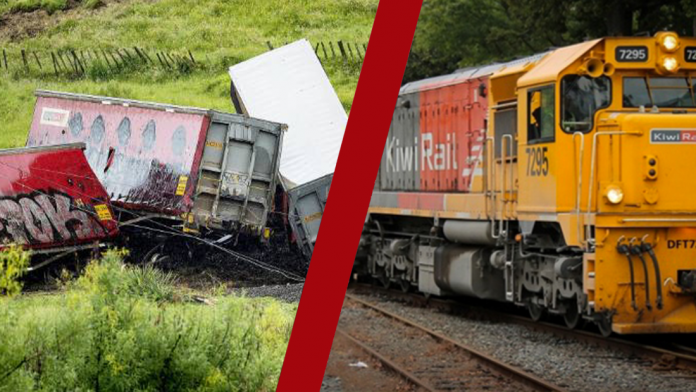 A freight trail derailed as a result of Heavy rains on Monday night across the region.

The incident occured just south of Hunterville about 11pm on the North Island’d main trunk line.

KiwiRail executive general manager of operations Siva Sivapakkiam said one of the locomotives and about 12 mostly empty wagons came off the tracks.

Sivapakkiam said, it appeared the rail line had been washed out by heavy rain at a number of points

KiwiRail personal are atteding the accident site and are working to reopen the line as soon as possible. However, there is no definite timeline for the repair.