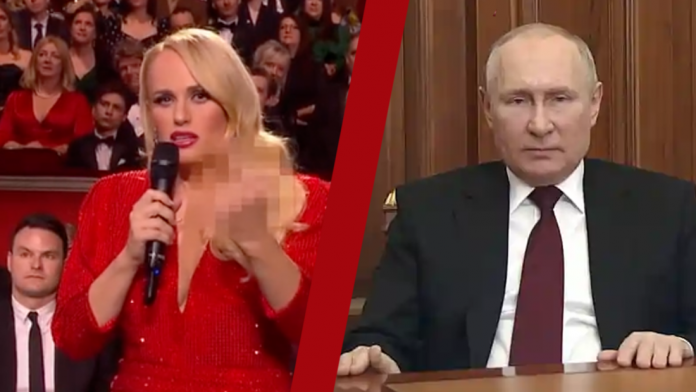 Rebel Willson has given Valdimir Putin a piece of her mind.

The Australian actress has been the star of countless roles, starring in films such as Pitch Perfect, The Hustle, and most recently host the annual British Academy Film Awards live in London.

During the awards show, Willson was explaining that English actress, Emilia Jones’ performance would be accompanied by two sign language interpreters and the differences between them.

Wilson went on to say “luckily, though, in all sign languages, this is the gesture for Putin” before sticking up her middle finger.

Check out the moment it happened below.

The gesture was blurred by the broadcaster of the event, BBC.