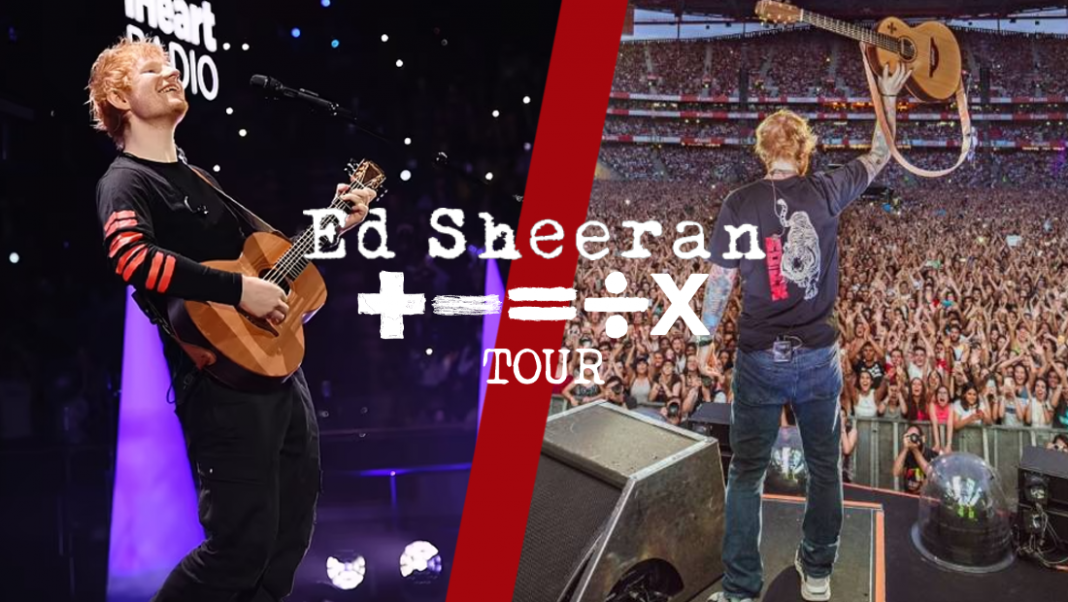 This is not a drill… Ed Sheeran is set to play two massive stadium shows in New Zealand next year!

The superstar will debut his +-=÷x tour (pronounced The Mathematics Tour) at Wellington’s Sky Stadium, followed by another show at Auckland’s Eden Park. From there, the ‘Shape of you’ singer will take his +-=÷x tour across the ditch to Australia

The show promoter Frontier Touring said on its website;

“It will be Ed’s first tour down under since his record breaking 2018 Divide Tour, which saw Ed smash the record of the highest selling tour in history, with a phenomenal 1,006,387 tickets sold across Australia and New Zealand alone.”

Concert goers are set to witness the British-born singer perform tracks from his most recent album ‘=’ including, plus heaps of other songs from across his career.

Sky Stadium chief executive Shane Harmon says he’s thrilled to host the debut show of the +-=÷x tour– “Ed Sheeran is as big as it gets, and we’re thrilled that the tour will start in Wellington. We’re particularly excited about the production which will see Ed perform in the round surrounded by fans. Every seat will have a fantastic view of the stage!”

Sheeran will kick off his +-=÷x tour at Sky Stadium, Wellington on Thursday, February 2nd, before taking to the stage at Eden Park in Auckland on Friday, February 10th, 2023.

You can hear Bad Habits, Shivers, Visiting Hours, and all your other favourite Ed Sheeran tunes on SKI. Find your frequency, or take us anywhere on the free iHeartRadio app!