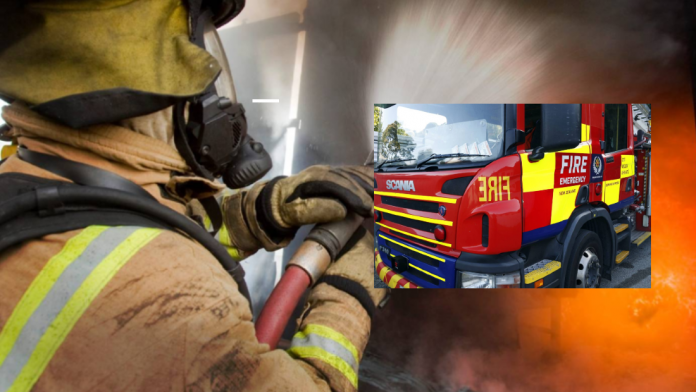 Fire and Emergency New Zealand crews have extinguished a fire in an industrial building in Taupō.

A police spokeswoman said police received a request for assistance from FENZ in relation to a building fire on Manuka St in Tauhara just before 9am on Monday morning.

A Fire and Emergency NZ spokesman confirmed six appliances responded to the scene, in addition to one unit of a multi-occupied building that was well involved upon the arrival of FENZ crews. The spokesman said, “Crews got on the roof and extinguished the fire from above”

Last reports indicate that FENZ was dampening down hot spots. An eyewitness who works nearby said the smoke from the fire was “black and thick and stunk, then turned white.”

A fire investigation has been requested.