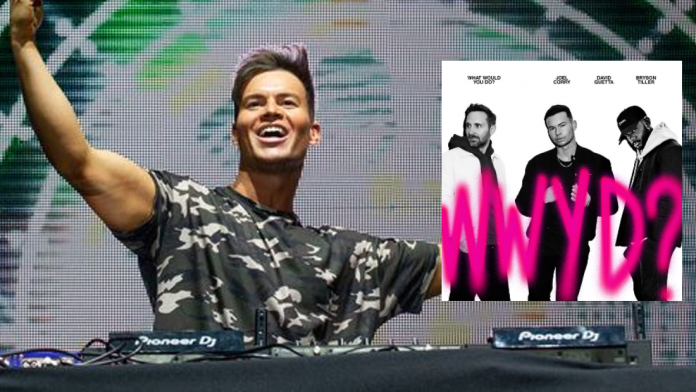 Joel Corry is back with new music!

He brought us arguably the biggest track of 2020 ‘Head & Heart’. In 2021 he teamed up with Mabel and David Guetta and released the hit single ‘Bed’.

Now in 2022, Joel Corry has once again collaborated with David Guetta for a new track featuring US-based rapper and singer Bryson Tiller.

In an interview with Offical Charts, Corry said “I’ve actually been working on it [What would you do] for a while – about a year now. It’s finally there now, it’s ready. We finally found the perfect person for the vocal, Bryson Tiller. Everything clicked into place then. This feels like a really fresh record to me”

When asked about the possibility of an album release, the London-born producer said that he’s signed an album deal with Atlantic Records. “I’m working towards it. I don’t think this year, but I would love it for next year. You know me as well, I want to make sure it’s done properly.”

You can hear Joel Corry, David Guetta, and all your other favourite Artists on SKI. Find your frequency, or take us anywhere on the free iHeartRadio app!