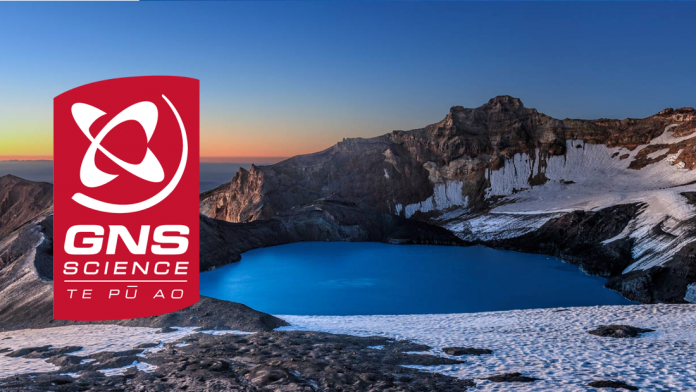 GeoNet reports that over the past eight days, the temperature at Mt Ruapehu’s Crater Lake has risen from 32 °C to 36 °C.

The update comes after the alert level for the volcano was recently raised from 1 to 2 following “elevated volcanic unrest”.

Modeling suggests that the temperature rise corresponds to about 460 MW of heat entering the lake. The reported temperature and heat input are within the typical range for a heating cycle.

GNS Duty Volcanologist, Yannik Behr said that “Volcanic tremor levels remain elevated and, after a slight increase over the past week, are now amongst the highest levels we have seen over the past nine years.”

Analysis of the lake water and gas samples do not indicate significant changes in the geothermal system feeding into the lake. The amount of gas released through the lake has increased from the previous measurements but remains within the typically observed long term trends.

“The crater lake has changed to a battleship grey colour as upwelling waters have disturbed sediments on the lake floor. Sulphur slicks are present on the lake surface”

Behr said that Gas and fluids from the shallow magma under the volcano are interacting with the crater lake geothermal system, causing heating of the lake, volcanic tremor, and increases in gas emission at the surface.