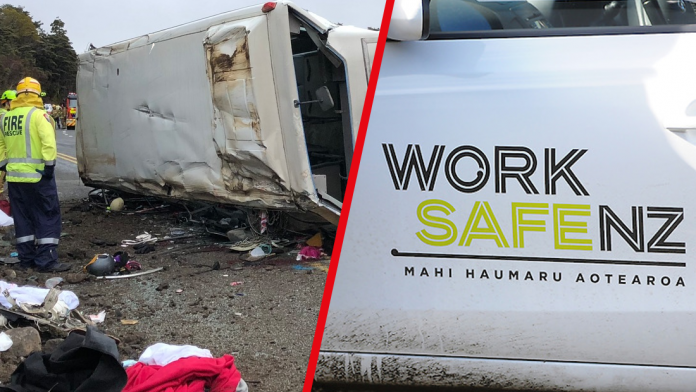 WorkSafe New Zealand has filed charges against two companies for their role in a 2018 bus crash that resulted in a death on the Ohakune Mountain Road.

Both Ruapehu Alpine Lifts Limited (RAL), and Vehicle Testing New Zealand Limited (VTNZ) have been charged. 11-year-old Hannah Francis died in the incident when the bus she was traveling in overturned. The fatality took place on July 28, 2018.

WorkSafe charged RAL for two breaches of the Health and Safety at Work Act. VTNZ received charges relating to technical aspects of its Certificate of Fitness certification process.

In a statement, he said, “RAL respected and agreed with the coroner’s recommendations, and has made significant changes to its transport operation since this tragedy,”

“At the time of the incident, RAL notified WorkSafe. It is regrettable that WorkSafe (through an apparent breakdown in communication with NZ Police) did not investigate the accident at the time and that, nearly four years after the accident, charges have now been laid.”

Dean said RAL had been instrumental in developing the Alpine Code of Practice in order to reduce the risks of transporting passengers in alpine environments.

Dean believes that Waka Kotahi should adopt the code as a minimum standard in the alpine transport industry. “It is RAL’s hope that this type of accident never occurs again”

“RAL extends its thoughts and sincere condolences to (Hannah’s family) for the loss of their daughter.”

“We were deeply saddened by the death of Hannah Francis in 2018. As an industry we owe it to Hannah Francis and her family to make sure we learn from this tragedy and make sure it doesn’t happen again,” O’Connor said.

“The coroner’s inquest into the accident found that matters relating to VTNZ played no role in the fatal accident.”