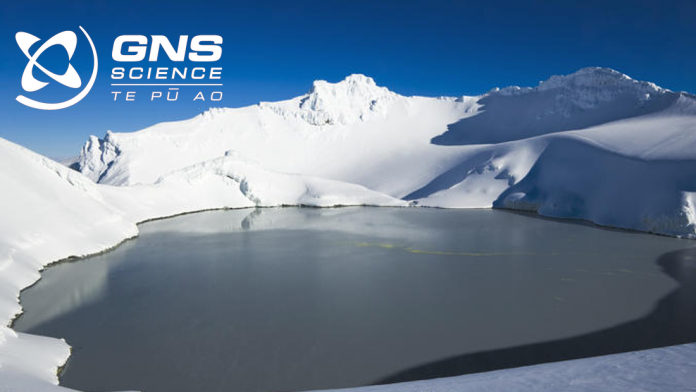 We sure ate a lot of choc over Easter, and maybe the mighty ‘Pehu did too as the mountain’s tum continues to rumble.

The last four weeks for Mt Ruapehu has been “the longest period of tremor recorded over the past 20 years” according to GeoNet.

An observation flight over the mountain and samples of the crater lake were performed to further see what was going on and look in the volcanic tremor activity.

“This heightened unrest is primarily manifested as volcanic tremor and heat flow into the summit crater lake,” Mazot​ said.

Our scientists observed some upwelling in the lake, indicating that hot gas and liquid are still making their way into the lake.

“The crater lake remains a battleship grey colour with upwellings only at the northern vents area and no overflow. Sulphur slicks are also present on the lake surface. All these characteristics are usual for Ruapehu crater lake during a heating phase.”

Please don’t freak out though – this doesn’t mean Mt Ruapehu is going to erupt. No eruptions have followed any unrest in the past 15 years.

What Volcanic Alert Level 2 indicates is that “the primary hazards are those expected during volcanic unrest; steam discharge, volcanic gas, earthquakes, landslides and hydrothermal activity. While Volcano Alert Level 2 is mostly associated with volcanic unrest hazards, eruptions can still occur with little or no warning.”