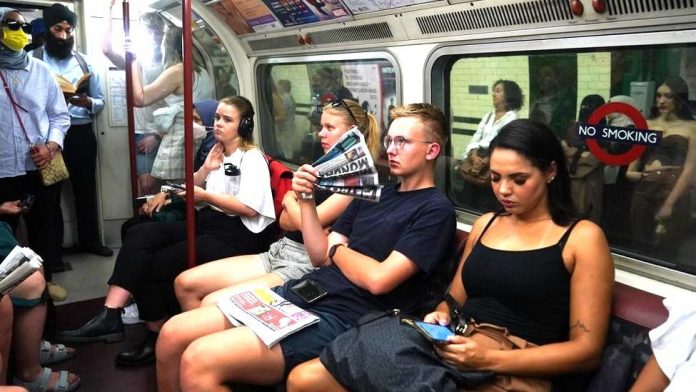 While we are doing our best snow dances, the UK are doing their best to deal with some extreme crazy heat. Their official national weather service, the Met Office issued an extreme weather warning for this week, warning that there would be an “extremely rare red heat” with large parts of England being hit with highs of 30s and possibly 40C in some places.

Some people turn a little crazy in extreme heat (can you blame them?) and here’s a list of things people have doing to cope besides the predictable suggestions to stay in the shade, drink water, and keep the blinds closed:

🥵 A cinema chain has spared a thought for the community of ginger-haired people who aren’t best equipped to deal with the crazy heat. They are offering free entry into the movies for Ginger people so they can hide away from the sun. Can this please extend to other freckly pasty faced people also?!

🥵 People are booking in at hotels just for the air con and if the rooms are fully booked, people are hanging out in the hotel lobbys.

🥵 Customers are stocking up on chocolate because it’s so hot that chocolate is melting on the shelves of supermarkets and people are painting railway tracks white to prevent them from warping in the heat.

🥵 Flights have been suspended and planes unable to land as runways melt. Luton Airport had to halt all flights after temperatures reaching 36C led to melting tarmac on its tracks. This extends to roads too with entire streets melting and cars being forced to drive through ‘sticky black goo.’

🥵 Water companies are warning taps could run dry because of the increase demand in water. While nobody should be cutting down on the amount of water they drink, people are cutting down on showers to four or five minutes max and stopping things like watering the garden or washing the car.

And here is what NOT to do in a heat wave. Tweet dumb Sh*t like Jeremy Clarkson.

On Sunday, he seemingly had a dig at the British government’s response to the heatwave, writing:

Some social media users weren’t pretty pissed at Clarkson’s attempt to down play the scorching temperatures currently roasting the UK, with one person branding him an ‘utter womble’.

16,000 people have been evacuated on France’s south coast as wildfires tear through Europe, in the UK, we’re experiencing temperatures so high that the Met Office has issued its first-ever red warning for exceptional heat, and Tracy Nicholls, chief executive of the College of Paramedics, warned that the heatwave poses real danger, saying: “This isn’t like a lovely hot day where we can put a bit of sunscreen on and go out and enjoy a swim or a meal outside. This is serious heat that could actually ultimately end in people’s deaths because it is so ferocious and we’re just not set up for that sort of heat in this country.” 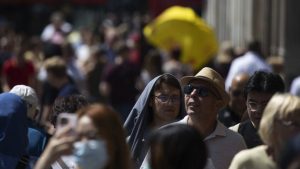 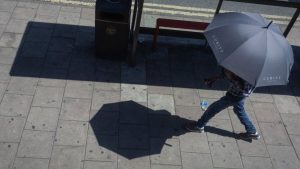