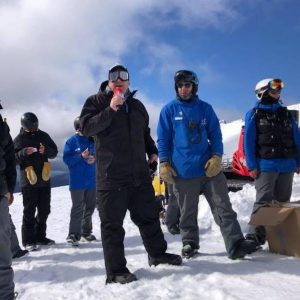 This is the guy you NEED to talk to about local stuff. Ask about anything in the central North Island and he will be ‘in the know’.

Jeremy is our Ski Mornings rock star. Sean is on-hand every weekday morning too, just in case J-Dawg’s missed something (highly unlikely).

Catch him at most CNI events Summer and Winter. He’s competitive on a snowboard (probably spotted him up on Turoa), a dramatic thespian and lovely guy all round! There’s also a good chance he’s currently on social media at this exact moment…

Jeremy is easy to listen to, and you can do so from 6am weekdays on-air and on iHeart radio! 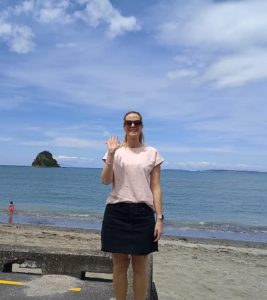 A total kick ass “Girl Boss” who works way too many hours a week (we’ve got to have someone to keep everyone else in line), and although Danni would much rather be joining in on the fun on-air from 10am weekdays, she quite often finds herself cracking the whip behind the scenes… but hey, if she wasn’t taking care of that, who knows what state Ski would be in!

When not in work mode, you can find Danni J hanging out with her pussycats (she’s obsessed), listening to all genres of music, and she also specialises in drinking Espresso Martini’s in coffee cups (it’s a great disguise… you should try it. Thanks Annie). 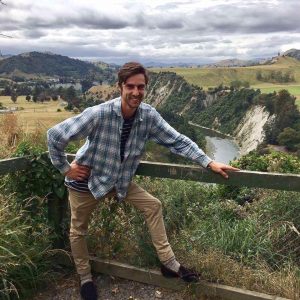 Sean is a South Waikato native who, naturally, is somewhat half hipster half bogan. He likes wine, music, wine, cody’s, eats occasionally and is always down for a good time whether it’s a last minute BBQ with mates or a quick trip up North to visit his Matamata besties. Honesty and sass are his strong suits, an avid fan of Lizzo (but don’t tell said mates) because sugar coating is overrated! And he’s feeling Good As Hell!!

Sean will keep you up-to-date on the local buy/sell page gossip, up-to-date on which NZ broadcaster said he hates cats (psst, it rhymes with Guncan Darner), and everything else in between! Catch him on-air and on iHeart Radio from 2pm daily!